Boatmen's choice for Hall of Fame 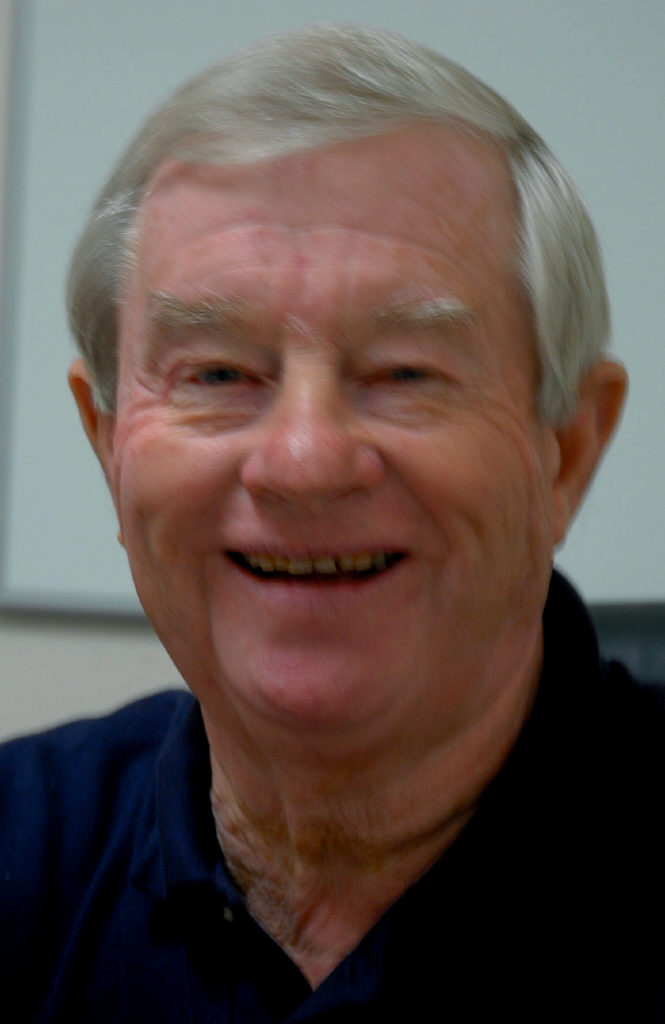 It wasn’t weekdays that put Jerry Webb in Port Aransas Boatmen Inc. Hall of Fame. It was the weekends.

“I spent 25 years with IBM, wearing the white shirt and dark suit,” Webb said. “But every waking moment, on weekends and holidays, I started the other path.”

That other path led him eventually to Port Aransas after he retired from IBM. But before that he was on the Corpus Christi Marina Board and got a 100-ton master’s license as a boat captain besides spending 30 years in the Coast Guard Auxiliary.

Since moving here in 1979, Webb has also been Port Aransas Boatmen Inc. president twice; during one term he got the plaque put up in front of the Community Center commemorating the Boatmen’s work in erecting the building. 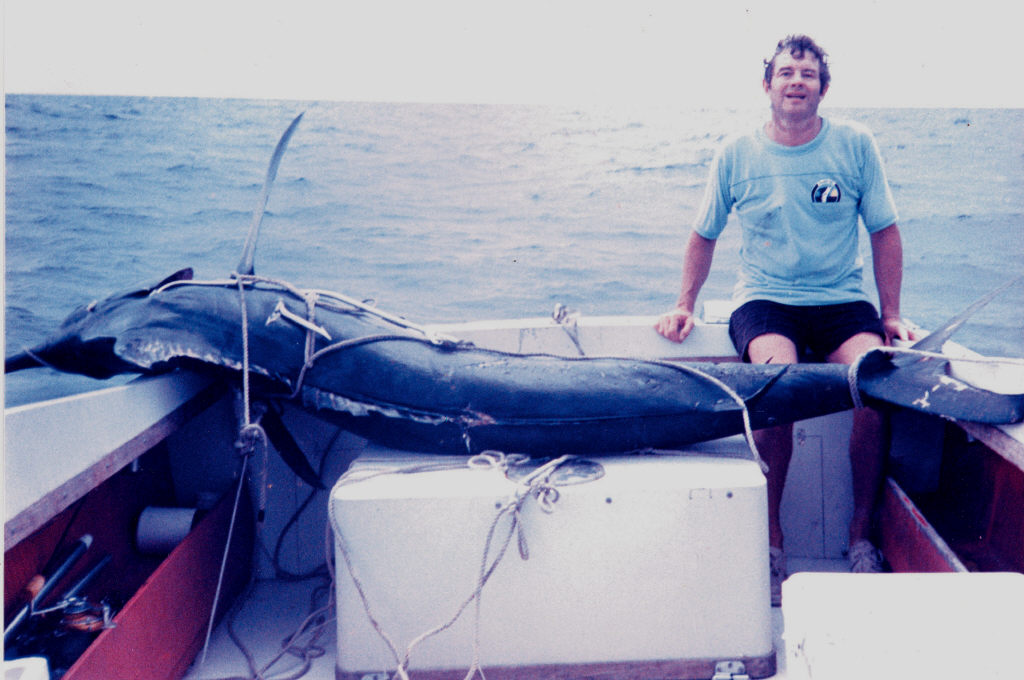 Exhausted A tired Jerry Webb poses with a billfish he had to fight to the boat despite the inability of the captain to take the boat out of gear during a 1970s fishing trip.

“I haven’t won a lot of trophies, but I’ve caught a lot of fish,” Webb laughed.

“We were in 20 fathoms, where most people don’t fish for them,” he recalled. “We had elected not to fish that weekend in a tournament, a money tournament, in Port Aransas. We brought it in and weighed it in anyway, with the real (tournament) contestants, and had the biggest fish. What turned out to be the winning fish was about 200 pounds, and (the angler) was sweating it until we told him.”

“We thought that was the first in a string of really big fish,” Webb said. “As it turned out, it was the fish of a lifetime.”

The marlin weighed 454 pounds, more than double the weight of the tournament-winning entry.

“The joke was on us,” Webb sighed.

Paradoxically, what Webb remembers as just about his worst fishing trip also ended up with a big fish aboard.

By the time they got the fish aboard, Webb said, he was “whipped.”

It was no little fish, either.

“The flying gaffs, these huge poles you use to get the fish aboard – we bent one of those leveraging that fish over the gunwale,” Webb said.

As much as he’s proud of the fish, however, Webb’s also proud of his service to Port Aransas Boatmen Inc. It was during his second term as president, during the mid-1990s, that he was responsible for getting the plaque put in front of the Community Center.

Webb said the Boatmen traditionally held their annual Boatmen’s Ball in the Community Center, which the Boatmen built and gave to the city.

Through the years, other community groups had “sort of taken over, and they thought it was their place,” Webb said.

So when it came time to have their annual dance, Port Aransas Boatmen Inc. found themselves with no dance hall.

Webb went before the city council to explain the situation, and the council “gave us our night back,” he said.

“While I was asking, I said I think we ought to have something noting where (the building) came from,” he said.

A Boatmen member had relatives with a quarry in the Hill Country; they provided the marker base. Webb wrote the inscription and had a plate cast at a company that did gravestones.

If he were asked for advice on the best way to catch fish, what would Webb tell a youngster?

“Honestly, without being facetious, I always say, ‘Go to where the fish are,’ which means you have to know where to fish, and put a bait in the water” he said.

“You can fine-tune all your procedures, but you have to find fish and present a bait.”