Our neighbor to the south

Until Packery Channel opened in 2006, Corpus Christi Pass was the ancient boundary between Mustang and Padre islands. While the geography has changed, this fact has not: Our neighbor to the south is a historic place.

It was in 1554 that men, women and children struggled ashore from Spanish ships that had been stormtossed onto the Padre Island sandbars. Indians unmercifully attacked the Spaniards as they fled down the beach. Only one survived to tell of the bloody massacre, immortalized in Texas history as the Flight of the Three Hundred.

In the 17th and 18th centuries, Padre Island was involved in the Spanish search for invading French explorers and English buccaneers. Early in the next century, the island’s legacy as a cattle rangeland began. In 1805, a priest named Jose Nicolás Balli acquired the island as a land grant. Then called Isla Blanca, the name changed to Padre Island because of the priest status of the grant holder. Balli started a cattle and horse ranch, but the Balli tenure on Padre Island was brief: By 1831 the grant was in the hands of other Mexican citizens.

Stuck The freighter Nicaragua, her rusting hull shown here, wrecked in the Padre Island surf in 1912. Pat Dunn salvaged the ship furnishings to use in his home.

The holdings of these Padre Island owners began being wrested away from them after the 1846-1848 Mexican- American War. Opposing anything Mexican, some Anglos came onto Padre Island and took ownership by sheer possession, an action that led to decades of litigation. A well-known interloper of the day was John Singer, who ran cattle on south Padre Island. As a Union sympathizer, he left the island at the start of the Civil War (1861), and legend has it that the money and jewels Singer buried for safekeeping still lie beneath the Padre sand. 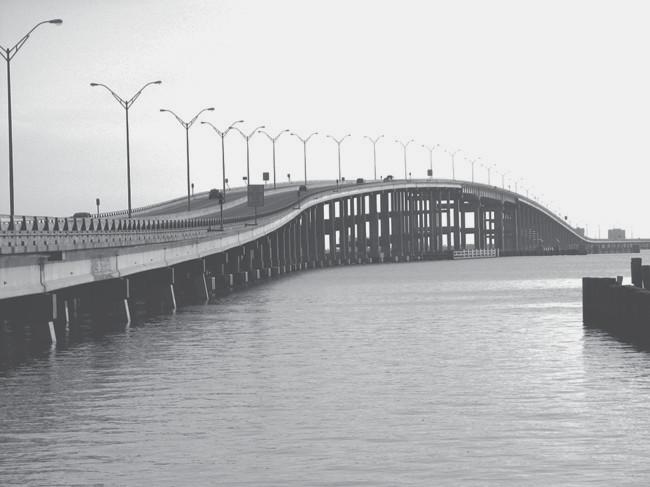 Mainland connection Connecting Padre Island to the mainland at Port Isabel, the Queen Isabella causeway opened the southern tip of the island to unbridled tourism in the mid-1950s.

Changes on the Texas rangeland after the Civil War brought to Padre Island its most historic figure. Patrick Dunn was an open range cattlemen, meaning that his cattle grazed and watered at will across the South Texas expanse. Beginning in the 1870s, however, more and more cattlemen began filing property claims and “pasturing” their territory with the newly invented barbed wire fence.

As the era of the open range was drawing to a close, the Patrick Francis Dunn era was opening on Padre Island. Dunn described what brought him to the island. “In the early days the range was all free, there were no pastures. And then people commenced building fences and buying the land. My brother and I had some cattle, and we had to go some place. So we went to Padre Island [in 1879].”

Liking his refuge from the new order of fences and pastures, Dunn set the lofty goal of possessing fenceless Padre Island. There was no stopping this determined man, and by 1925 he had accumulated 95 percent of Padre Island’s 130,000 acres. So notable a South Texas figure did Pat Dunn become that he was known as Don Patricio and the Duke of Padre Island — quite an achievement for a brush popper with nothing but a saddle and some straggly cows.

In 1926, Dunn sold Padre Island (less grazing rights) to Sam Robertson, an entrepreneur who invested heavily toward making Padre Island a tourist mecca. By 1934 it was clear that he had failed; Robertson sold out and faded from the island scene.

During World War II, island tranquility was shattered by the sounds of engines and ordnance as naval aviators learned gunnery and bombing skills on Padre Island ranges. After the war, a sweeping causeway gave tourism a firm footing on the southern tip of Padre Island. The northern half of Padre Island had its future decided by state Sen. Ralph Yarborough. His 1958 program to preserve coastal Texas led to the opening of the Padre Island National Seashore in 1962. Development of the head of Padre Island involved retail, hotel and condominium sites, plus a Venetian styled neighborhood of fashionable homes nestled in a complex of boat canals.

[ Editor’s note: Port Aransas History Corner is a monthly feature compiled primarily by historian Dr. John Guthrie Ford. Ford, a charter member of, and consultant to, the Port Aransas Preservation and Historical Association, is the author of A Texas Island, available at various retail outlets in Port Aransas.]